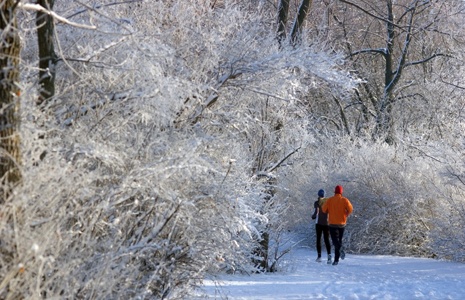 Akitu was a 12-day long festival held by the ancient Babylonians to celebrate the New Year. During the festival, which was held in mid-March when crops were planted, the Babylonians made oaths to their Gods about repaying their debts, in exchange for a prosperous new year. This practice is thought of as the precursor to modern day New Year’s Resolutions.
The New Year continued to be celebrated in the spring, with the planting of new crops, until around 46 B.C. when Julius Caesar changed the calendar to have January 1st  mark the beginning of the New Year. Janus was the Roman God who, with two faces, looked both back over the last year and forward to the new year to come. The Roman version of resolutions was to make promises to Janus for good behavior in the upcoming year.

Medieval Christian leaders came to replace the start of the New Year with more significant religious days, and this practice remained until 1582 when Pope Gregory XIII again established January 1st as the official start of the New Year. Since this time, tradition has held that New Year’s celebrations begin on December 31 and carry into the first day of the New Year.

The practice of making resolutions has grown away from making promises to Gods and toward more secular notions of self-promises for personal growth and improvement. Though the number of people who report making resolutions has steadily declined in recent times, the most popular New Year’s Resolution remains to lose weight and/or get into better physical shape. If this is your resolution, there are numerous local businesses, from yoga centers to personal trainers, to help achieve your goal. Some of our favorites follow: