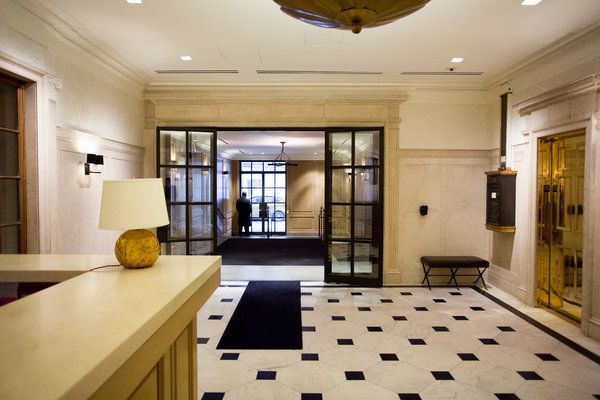 New York Times: The Private-School Sales Bump on the Upper East Side

For the next several weeks, many New York City families will be in a state of apprehension as private schools begin sending out their acceptance letters.

There is not much for them to do. They have already written essays expounding on their 3-year-old’s passion for Thomas the Tank Engine; sat nervously for interviews with admissions officers; and dreamed of their child’s successes while touring hallowed halls of learning. All that is left is to scan the mail each day for the telltale thick envelope announcing their child has been accepted to his first-choice school.

With many of the city’s private schools on the Upper East Side, the opening of acceptance letters can lead some families that live elsewhere to wrestle with whether to uproot themselves and relocate closer to school. Many answer in the affirmative, and their next step is to call a broker.

“People are much more willing to commute for work than they are to their children’s school,” said Kristina Kaplan Wallison, an agent at Stribling & Associates who relocated with her family to the Upper East Side from downtown after her daughter was accepted to a school in the area. That is why Ms. Wallison had no trouble recognizing the trend when she saw it atPhilip House, a condominium at 141 East 88th Street, where she is a director of sales.

Carnegie Park is being converted to condos from rentals and will offer many large units, along with a children’s play area.

The building, where roughly 65 percent of the apartments have three or more bedrooms and where a five-bedroom is on the market for $9.75 million, is seeing a surge of buyer interest from families looking to relocate to get closer to a private school. “One family just got the good news that their child was accepted where they wanted to go, and the next day they called us and said they needed to find something,” Ms. Wallison said. “People are starting to look in earnest now because the process can take a few months, and they want to move in by the time school starts in September.”

Springtime is generally a period when the real estate sales market picks up, driven by a multitude of factors, perhaps most significantly bonus season, when financial firms dole out cash to employees. It is also a time when more sellers and new developments come to market, and buyers emerge from hibernation as the weather warms. But another critical factor driving the uptick, brokers say, is the so-called private school bump.

“It is hard to isolate the reason, but if you look from January to April, large residences definitely comprised more of the sales than during the rest of the year,” said Ryan Schleis, a vice president of research and analytics at Corcoran Sunshine.

The sales pitch for Carnegie Park, at 200 East 94th Street, is based in part on the building’s walking distance to several private schools, including the Nightingale-Bamford School andthe Dalton School. “Schools are a very big draw for the demographic we have been catering to,” said Sherry Tobak, a senior vice president of Related Sales, the marketing and sales division of the Related Companies, the developer.

Carnegie Park started out as a 368-unit rental, but Related is in the process of converting the apartments into condominiums as leases expire. Wherever possible, Related is combining several units to create larger homes to cater to the demand. When the building is fully converted later this year, Related estimates there will be fewer than 300 apartments.

“We started out with one-, two- and a few three-bedrooms, but the largest demand is for three-bedrooms, four-bedrooms and even five-bedrooms, which we are calling uber combos,” Ms. Tobak said. “We are creating larger apartments wherever we can.” The four-bedrooms are 1,880 square feet and priced in the high-$2 million to the low-$3 million range. In the five weeks since it began sales, Carnegie Park has had more than 65 contracts out or signed.

At the Carlton House at 21 East 61st Street, where the majority of apartments have three to six bedrooms and are priced at an average of $4,000 a square foot, the experience has been much the same. The building has been marketing units for a year, and “last spring, we had buyers coming from downtown, mostly Battery Park City and TriBeCa, because their kids were coming to school in the neighborhood,” said Elida Jacobsen Justo, the building’s director of sales. “We expect to see that happen this year again.”

Some parents are looking to move to the Upper East Side even before the child is old enough to apply. “I have a client who has been a Greenwich Village person her whole life, but she had a baby two days ago and I got a call from her yesterday saying she wanted to start looking uptown,” said Stacey Froelich, an associate broker at Compass.

While this mother might be jumping the gun, the family is also driven by the Upper East Side value play. They recently lost a bidding war after offering $2.7 million for a two-bedroom at the Stewart House at 70 East 10th Street that was listed at $2.55 million. “I just sent them a fairly comparable property asking $1.85 million on Third Avenue, so it is far more affordable,” Ms. Froelich said.

Inventory on the Upper East Side is tight, with just 1,291 listings on the market, significantly fewer than the long-term average for the neighborhood, according to data from Miller Samuel, an appraisal firm. “If you only want to stay within a certain grid, between Fifth and Park in the 60s and 70s, it is extremely limited,” said Frances Katzen, a broker at Douglas Elliman Real Estate, referring to the Upper East Side’s most exclusive and coveted area.

With inventory low, some buyers might venture farther east to more affordable addresses along or beyond Third Avenue, or head across the park to Central Park West. While going to the West Side can mean a longer commute, some families nonetheless prefer it and rely on drivers to ferry their children to school each day, Ms. Katzen said. Some “will say that if they can’t be on Park or Fifth, they would rather be on Central Park West and stay close to the park than go to Third Avenue,” she added.

While the bulk of private schools are on the East Side, there are also some high-profile schools on the Upper West Side, including the Trinity Schooland the Collegiate School. Michele Kleier, the president of Kleier Residential, has a client who has always lived on the East Side but is finding herself looking west because her children may be going to school there. “She has been on the East Side forever, but now she is considering the West Side,” Ms. Kleier said. “But she wants something in good condition, so if she hates it, she can sell right away and move back.”

A version of this article appears in print on February 15, 2015, on page RE1 of the New York edition with the headline: The Private-School Sales Bump.