Our thanks to Rural Intelligence for this Post. In Memoriam: John Harney of Harney & Sons Tea

John Harney, who founded a small tea company some thirty years ago in Salisbury, CT, which is now a prestigious and revered international brand with its headquarters in Millerton, NY, passed away suddenly at age 83 on June 17. Harney, whom many considered the unofficial mayor of northwestern Connecticut, was the proprietor of the storied White Hart Inn during its heyday. He and his wife, Elyse, a powerhouse in Litchfield County real estate, presided over a good-looking, good-hearted family that was committed to upholding small town values and traditions while simultaneously stoking the local economy. Considered a visionary in the tea and artisanal food worlds, John Harney was both a global figure and small-town hero. Rural Intelligence asked friends and neighbors for their remembrances.
—Dan Shaw 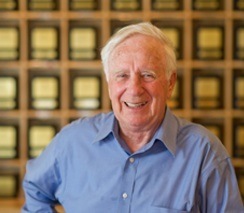 I will always remember him with the impish grin and smile when he told us at the pharmacy that he was going to Buckingham Palace for the first time and what he would wear! He would always be smiling when you met him on the street. He always had a kind word, an offering hand, a view of the world that was positive and hopeful. He was proud of his family, his community, his country and Harney Tea.  He represented what is best in this country. He embodied the American dream of integrity, hard work, accountability, generosity and community. He was a role model for all of us in his actions and his character,
—Elaine La Roche, proprietor Lion Rock Farm, Sharon, CT.

A tribute to my old friend John Harney is easy to do. Missing his sustaining and strong presence in our community will be the hard part for so many. I’ve known him since the early 70s.  It is, of course, through the White Hart Inn that so many people first came to know John and Elyse. I cannot even count the number of personal family celebrations, birthdays, anniversaries, Christmas parties, and town-wide social events that were held there. You wanted to be near that fireplace!  But his commitment to so many areas of the town of Salisbury and the state speak to his humanity and a deep sense of caring about his friends and neighbors and his willingness to simply be a part of making things better … and in many ways more fun. Did you ever see John without a smile? Did you ever sense that he wasn’t glad to hear what you had to say?
—Susan Galuzzo, The White Gallery, Lakeville, CT

John Harney was a loving, doting, father figure to me, taking me under his wing when I was sixteen. He gave me a room at the White Hart Inn, teaching me all aspects of restaurant management, chambermaid work, preparing shrimp cocktails and salads, and babysitting for the many visiting politicos such as Governor Thomas Meskill’s family. When I close my eyes, the picture that instantly comes to mind is of John Harney smiling and running. Whatever project he was involved in, whoever he was speaking with, those eyes would twinkle and there’d always be that big laugh and hug. He was someone I truly admired, still going strong at 83, ready to take on another business venture, never sitting still, devoted to his family and faith, loved by the masses. What a difference he made in the northwest corner of Connecticut, and the world.
—Mary Palmer, Town Clerk, Falls Village, CT 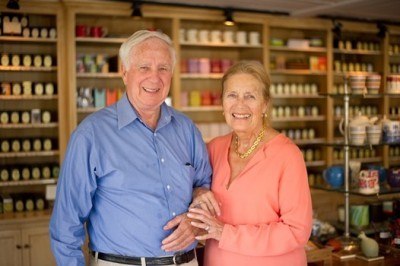 There is not one person in our area who has not been affected in some way by John Harney. He was the unofficial mayor of our area, always with a smile on his face. I was having lunch with him and his son the day he passed, and he told me his life story of being an orphan at age six, working on the farm, and even though it sounded horrible, he laughed as he always did and put on a big smile. The many leaves of life make the world interesting. John was always searching for a new one, a rare one, an exotic one, because his sprit was alive and that energy was infectious.
—Jonathan Bee, Hunter-Bee, Millerton, NY

Simply put, John Harney, our friend for 36 years, was the best. He was kind, generous and passionate in his beliefs and his love of family, friends and his community. His infectious laugh and friendly outgoing personality exuded his positive life force. He never hesitated to offer help and support. We were working on the Millerton Clocktower Restoration Project in 2007, when John graciously offered to create a Millerton Tea; it’s still sold today and it really helped raise awareness for the symbol of the Village of Millerton. Thirty years ago, when we opened Simmons Way Village Inn, John was there for us, offering sage advice on the joys and pitfalls of running a small inn and restaurant. He was the ultimate host and loved being with people. We will all miss our special friend.
—Carol and Robert Sadlon, The Moviehouse, Millerton, NY

I knew John as a man with a twinkle in his eyes, a passion for tea and his family and as a fellow business person who always offered support and respect for me and the development of Hammertown. He was a community activist, and we have to thank him and his vision for the wonderful development that has happened here in our valley. And, on a personal note, he was there at most of the meetings supporting my son, Gregg, and Brooke Lehman as they faced their uphill battle to open The Watershed Center in Millerton.  His presence and the respect he gave them and their project spoke to many in the community: If John approves, well…there you go!
—Joan Osofsky, Hammertown, Pine Plains, NY

What I remember most about John is his vivaciousness, sense of humor and presence in a room. Of course I also admire him as an entrepreneur as he built an impressive global, luxury brand. The ultimate decision in choosing Millerton in 2006 for the site of Little Gates and Co. Wine Merchants certainly took into account in no small part the Harney Tea’s presence.
—Andrew Gates

John immediately befriended me when I moved to Salisbury, and I soon learned that he was like the Scarlet Pimpernel, he was here, he was there, he was everywhere! He was the NICEST man — always a kind word for and about everyone, and with that twinkle in his eye…there were always guaranteed belly laughs! We’ve lost a good friend — he was one in a million.
—Pete Hathaway, proprietor Hathaway-Young at Ragamont House, Salisbury, CT